When you think about , certain images come to mind. Saints (religion and football) as well as sinners (decadent behavior)--celebration (Mardi Gras) along with tragedy (Hurricane Katrina)--a wealth of cultural richness comingled with fierce material poverty. The list is a long one and certainly includes the practice of Vodou.

Although often called “voodoo”, vodou is the preferred spelling for the actual religion, as opposed to the spellcraft or  version. Many people even in do not have a clear understanding of how practitioners of Vodou--called servitors--define its philosophy and core elements.

The following explains the evolution of Vodou and its basic principles. This information comes from Obi Okara, the creator of the Afrocentric Experience website (www.swagga.com), and is presented in this article with his permission. Okara pulls together facts and commentary about historical events and contemporary trends presented from an Afrocentric perspective.

Vodou is a derivative of the world’s oldest known religions that have been around in  since the beginning of human civilization. Some conservative estimates date these civilizations and religions as being over 10,000 years old. This then identifies Vodou as probably the best example of African syncretism in the .

Although its essential wisdom originated in different parts of Africa long before the European slave trade, the structure of Vodou as it is known today was born in  during the European colonization of .

Ironically, it was the enforced immigration of enslaved Africans from different ethnic groups that provided the circumstances for the development of Vodou. European colonists thought that by desolating the ethnic groups they would not come together as a community. However, in the misery of slavery, the transplanted Africans found a common thread in their faith.

They began to invoke not only their own African Gods, but to practice rites other than their own. In this creolizing process they comingled and modified rituals of various ethnic groups. The result of such fusion of different integrated religious beliefs was the creation of a new religion: Vodou.

Within the Vodou society, it is believed that there are no accidents. Practitioners believe that nothing and no event has a life of its own. That is the meaning of “vous deux”, you two, you too. Vodou teaches that the universe is all one--each thing affects something else--scientists know that, and nature knows it. Indeed, any spiritualists agree that we are not separate and that we all serve as parts of One.

So, in essence, Vodou says that no matter what you do unto another, you do unto you, because you ARE the other. Voo doo. View you. Vodou claims that we are mirrors of each others souls. It says that God is manifest through the spirits of ancestors who can bring good or harm and must be honored in ceremonies and there is a sacred cycle between the living and the dead. Believers ask for their misery to end.

The serpent figures heavily in the Vodou faith. The word Vodou has even been translated as “the snake under whose auspices gather all who share the faith”. The high priest and/or priestess of the faith (often called Papa or Maman) are the vehicles for the expression of the serpent’s power.

The supreme deity in Vodou is Bon Dieu. There are hundreds of spirits called Loa who control nature, health, wealth and happiness of mortals. The Loa form a pantheon of deities that include Damballah, Ezili, Ogu, Agwe, Legba and others. During Vodou ceremonies these Loa can possess the bodies of the ceremony participants.

Loa appear by “possessing” the faithful, who in turn become the Loa, relaying advice, warnings and desires. Vodou is an animist faith, wherein objects and natural phenomena are believed to possess holy significance, to possess a soul. Thus the Loa Agwe is the divine presence behind the hurricane.

Music and dance are key elements to Vodou ceremonies. Often termed by whites “Night Dancing” or “Vodou Dancing”, it is not simply a prelude to sexual frenzy but an expression of spirituality, of connection with divinity and the spirit world.

Vodou is a practical religion, playing an important role in the family and the community. One’s ancestors, for instance, are believed to be a part of the world of the spirits, of the Loas, and this is one way that Vodou serves to root its participants in their own history and tradition.

Another practical aspect of Vodou ceremonies is that participants often come before the priest or priestess to seek advice, spiritual guidance, or help with their problems. The priest or priestess then, through divine aid, offer help such as healing through the use of herbs or medicines (using knowledge that has been passed down within the religion itself), or healing through faith itself as is common in other religions. Vodou teaches a respect for the natural world. 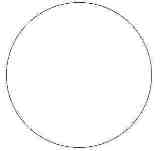 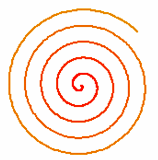 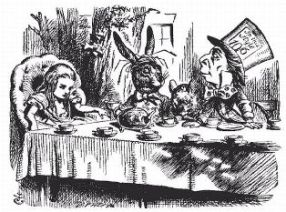